First task will be working on fantasy game Charming Runes 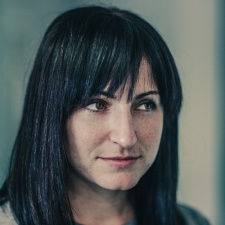 She joins the mobile company as a Game Designer and will be working on the studio’s block-breaking fantasy game Charming Runes.

“I met Ariel when she was studying in Melbourne, and even then I was blown away by her combo of artistic talent and technical know-how,” said Mighty Co-director Ben Britten.

“When we got an opportunity to bring her back to Melbourne we jumped at the chance. Her expertise around free-to-play games is a skillset that’ll be super-useful for Mighty, and we’re hyped to have her joining our team.”

During her time at Dots in New York, Magnes worked on hit mobile title Two Dots. Prior to that she has held roles at Australian companies such as The Arcade Melbourne, Two Bulls, Tiny Man Games and Surprise Attack Consulting.

As well as Charming Runes, Melbourne-based studio Mighty Games has worked on titles such as Charming Keep, Questy Quest and Shooty Skies, the latter of which surpassed five million downloads in March 2016.