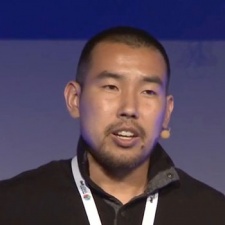 Dennis Yi leads business development at GAMEVIL USA, a global leader in mobile game publishing, and is always on the lookout for great games. Prior to joining GAMEVIL, Dennis worked at free-to-play pioneer Nexon America, where he helped introduce Western content to Nexon’s portfolio of F2P titles.

The good news is that the market is big - one of the largest in the world in terms of Google Play - and Korean gamers understand the value of the F2P model.

The bad news, however, is that there are a lot of local developers who also really understand the market, competition between games is fierce, and there's a growing saturation in terms of titles and channels.

One example of this is the KakaoGame channel, which was originally a goldmine for developers who were early to exploit its virality.

Now, however, Yi says that publishers might expect their development partners to be ready to support their games 24/7, perhaps even pushing ourt2-3 events a day to try to drive up engagment.

"Breaking into Korea is an uphill battle," he concludes.

DeNA on why western best practices don't work in Asia