Data gathered from over 1 billion phones shows $2.8 billion revenues in 2014 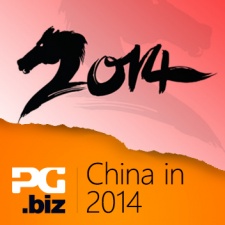 The info was gathered up from over 1 billion devices and represents installs across all the country's various app stores to arrive at a combined revenue of $2.8 billion in 2014.

The appearance of the report is key as previously the Chinese Android games market has been fragmented across so many app stores, data companies haven't been able to provide a comprehensive countrywide view.

We've spoken previously about the dominance of DOTA Legend in China, and given the RPG and card battling genres' known prowess in Asian territories, it's no surprise to see it took the top spot from September 2014 onwards.

Western companies were also represented in the leading Android games chart, with Mojang's Minecraft earning itself a spot at #11, and Supercell's Clash of the Clans following up close behind at #15.

Tencent is the clear winner, however, with eight games featuring in November's top 20 chart.