Revenues dipped, but profits were up thanks to mobile 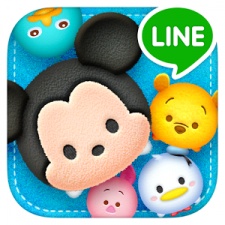 Despite a revenue dip, Disney Interactive’s first quarter results for FY 2015 have posted an in tandem rise in profits – largely thanks to the company’s mobile portfolio.

While sales had dropped by $19 million down to $384 million, Disney revealed that its games division’s operating income was up by $20 million to $75 million.

“Improved operating results were due to an increase at our mobile games business driven by the success of Tsum Tsum and Frozen Free Fall as well as lower product development costs due to fewer titles in development,” reads the report.

While no precise breakdown was offered of where exactly the sales and margins lay, Disney attributed the sales decrease to lower stock shifts of Infinity accessories and catalogue titles.

Tsum Tsum itself has enjoyed resounding success in Asia, particularly in Japan where so far the game which is published through the LINE social mobile network has been downloaded 30 million times.

The puzzle-matching game’s plushies also went down a storm, selling over 1.6 million in Japan in the month following its launch.

While the game has yet to recreate that level of success outside of Japan, App Annie recently revealed that its performance in the lucrative market was enough for the game to be the seventh highest grossing mobile game in the world during December 2014.