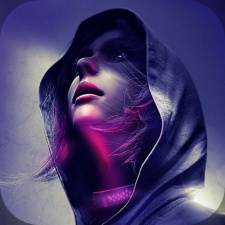 The narrative-driven stealth action game is being released episodically, with episodes one, two and three currently available for purchase on the App Store and Google Play.

Now “GungHo and Camauflaj are entering into a publishing partnership for République, though we’re not just working together to publish République but to finish the games as well.” Camouflaj’s head of studio Ryan Payton told PocketGamer.biz at E3 2015.

It’s part of Payton’s plans to take his indie studio worldwide. Puzzle & Dragons has found great success in both the eastern and western markets, having been the first mobile game to generate $1 billion in revenue.

Now Payton wants to pick GungHo’s brains on how to finish the République series in a way that will appeal to a global audience.

“When we first met, it was interesting as the meeting was set up as working together on the business side of things, but within three minutes we’d started talking about game design. Most of our discussions will be about the design rather than the business contracts.”

Fittingly then, neither Payton nor GungHo CEO Kazuki Morishita were willing to divulge details of the deal, but Morishita confirmed that Payton will be firmly in the driving seat.

“To make the Asian market interested, Ryan should do a lot of the interviews. Maybe it goes for both east and west markets, but from an Asian perspective western games and their creators, what vision they have and so on is lost.

“Japanese media often doesn't have access to western developers, and when they do interaction is minimum. So it makes sense that Ryan who is bilingual can reach out to both the Japanese media and general public.”

GungHo and Camouflaj will now work together to finish République, with the next episode set for launch in 2015.