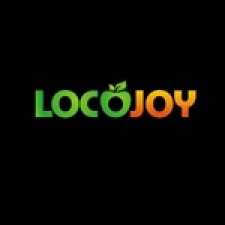 Locojoy, a major Chinese mobile studio, has announced at GDC 2016 that it will be collaborating with US publishing firm Narvalous to establish its first Western studio in Palo Alto.

The two companies revealed that three of Locojoy's Chinese-developed games - the Diablo-esque Dragon Raja, text-based RPG Dungeons, and card battler Chrono Legends - will be coming to Western markets in Q2.

Plenty more are also in the works, with further announcements to follow throughout the year.

Together, the pair will also be able to offer partnering developers the opportunity to publish in both the US and China using the Eastern and Western expertise it now boasts.

Locojoy's commitment to game development and publishing has seen the firm grow to 700 employees - 500 of which are developers - since its formation in 2011.

“Locojoy is one of the most renowned and respected industry leaders in China,” said Tong Xu, co-founder and CEO of Narvalous and now CEO of Locojoy's US arm.

“Partnering with Locojoy allows us to secure access to the highest quality games in China from Locojoy’s own studios and those studios in which they invest."

"Our team specialises in localising gameplay to appeal to western players and our scalable game portal publishing platform will greatly increase the success rate of our upcoming games.”

Quality, reputation, innovation: Why you should consider ZPLAY as the publisher of your next game