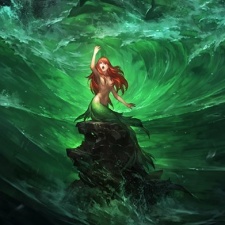 SongeHe Capital and mobile developer Wistone, Mirage's parent company, were the main investors in the company. The studio recently launched its first game, Heroes of the Seven Seas.

"We're passionate about helping to drive the innovations taking place in this emerging segment, which is projected to be an $80 billion market by 2025."

The studio came second in the recent Global VR Challenge, created by Steel Media in association with VR firm DeePoon, where it impressed judges with its naval combat and exploration.