The studio will use the money to supercharge growth 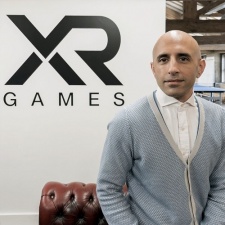 The round was led by existing investors act media ventures, Praetura Ventures, and Maven.

This investment will fund XR Games’ expansion, including a move to a larger studio in Leeds later this year. The funding will also support the business’s growth as it invests in new games, research into VR and AR technology, and intellectual property following the launch of Zombieland: Headshot Fever in 2021.

Over the past year, XR Games has hired more than 85 new developers, and acquired VR game studio Fierce Kaiju in March 2022 to both scale its teams and expand its portfolio. This expansion has allowed XR Games to take on larger projects.

“This latest investment will enable XR Games to continue to bring new innovations to the AR/VR sector over the next few years. Our new Leeds studio will allow us to continue to grow our team, and the number of projects we’re working on. And with the hundreds of applications we are receiving for each job vacancy, it’s clear there’s a growing appetite for this space,” said XR Games founder and CEO Bobby Thandi. “We’ll continue to push XR Games to the forefront of the new virtual reality revolution we are seeing in the creative industries.”

“As a very early investor in XR Games, we have been witness to the amazing growth of the company. We are excited to participate in this latest investment round and look forward to the exciting journey ahead,” said act media ventures CEO and founder Adam Schoff.

Earlier this year, Thandi was a speaker at Pocket Gamer Connects London, where he spoke about his experience with raising funds.