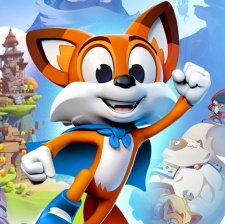 According to VentureBeat, the Texas-based studio raised its money from a variety of individual investors, similar to what the company did in 2016 when it raised $25 million towards Virtual Reality games such as Lucky’s Tale.

Rather than rely on banking institutions or venture capitalists, Playful Studios reached out to its global network of supporters, meeting with over 300 potential investors. To date, the firm has raised $48 million privately.

“We get to be completely transparent about our goals and why we are doing this,” said Playful Studios president and chief business officer Mark Stanley.

“The reason why we do it this way is because we capitalise ourselves in this manner and we can work on the games that we believe in.”

The money will be used to go beyond virtual reality and focus on more traditional platforms, putting spectators into the action of a game.

“We have turned to a new frontier that we are very excited about. It differs from anything we worked on before. We’re working on a large project. It’s about the fact that video games are becoming a spectator sport,” said Playful Studios CEO Pau Bettner.

“We see in our own audiences that we have more people watching people play our games on any given day than are actually playing them. I fundamentally believe that what we are saying with Twitch is the birth of a brand new platform for video games, a new way to enjoy interactive entertainment.”