Could just be that the console is still selling well 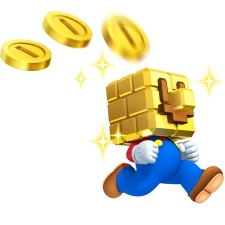 Nintendo's shares have risen to a nine-year high following the continued strong performance of its Switch console and the potential of deals with Tencent.

As reported by The Wall Street Journal, Nintendo's shares rose 7.1% on September 19th. They continued to grow another 4.7% on September 20th.

The WSJ is attributing this growth to the fact that Tencent will be bringing its massively popular MOBA Honor of Kings to the Switch as Arena of Valor. The game is set to have a closed beta later in 2017.

What is apparently exciting to investors is the potential for the two companies to strike up further deals, which could see Nintendo enter China in a big way. Currently the company does not sell its Switch in Mainland China, nor does it have any of its mobile games available there.

That said, the announcement that Arena of Valor is coming to Switch was made on September 14th, a full five days before the share price jumped.

Investors Business Daily also reported that Credit Suisse analyst Keiichi Yoneshima changed his forecast for Switch sales from 70 million to 130 million in 2022. This likely also contributed to the share increase.

Whatever the reason, Nintendo is certainly enjoying success with its latest console. Recent figures indicate that it has sold 1.5 million units in Japan alone.

Nintendo beats PlayStation and Xbox as it shifts 1.3 million Switch's in China this year