Google Play and App Store rankings in the US, Great Britain and Ireland, and China for the week of October 15th to 21st 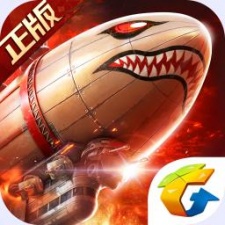 This week's charts cover the period from October 15th to 21st.

It was a surprisingly fleeting appearance at the top of the App Store download chart for King's Candy Crush Friends Saga as Lion Studios took top spot with Flip Trickster - showing the power the hyper-casual business model. King kept top spot on Google Play, however.

Netmarble and Kabam's Marvel: Contest of Champions entered the top 10 top grossing list on the App Store for the week, as Niantic's Pokemon Go surged from ninth the week prior to third. The location-based AR title also took second place on Google Play.

Much like in the US, Reigns: Game of Thrones entered the top 10 paid chart for both the App Store and Google Play - topping the latter ahead of Minecraft. Reigns and Reigns: Her Majesty meanwhile took fourth and 10th on the Android marketplace in a successful week for developer Nerial.

It shot into first place on the free download chart and into seventh on the top grossing ranking - meaning the publisher must have gained approval for release and monetisation a long time ago.

The same still can't be said for PUBG Battlegrounds, the second highest downloaded game for the week that still can't make any money.

Overall on the grossing chart, Tencent and NetEase nearly had a full rout of the top 10, with just Zilong Game's Langrisser challenging the duopoly.

A number of the world's top mobile games companies featured in these charts, including Nerial, will be at Pocket Gamer Connects London on January 21st to 22nd 2019.