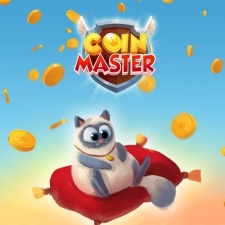 This week's charts cover the period from February 4th to February 10th.

In the US, Voodoo’s Ball Mayhem shot from eighth place to first position for free downloads on the App Store. However, for Google Play, Zhou Jiaping’s Words Story continues to hold on to the top spot on Google Play for another week.

Very little change for paid downloads with Team17’s The Escapists 2 dropping out of the charts altogether being the only real note.

Candy Crush Saga has wrestled first position back off Fortnite to reign supreme across both stores for top grossing. Supercell’s Clash Royale meanwhile returned to the charts placing sixth and tenth, yet Brawl Stars has dropped out of the top 10 completely

Third time’s a charm for Moon Active’s Coin Master, as the game has now become the most download game in Great Britain and Ireland for the third week running across both the App Store and Google Play.

D3PA’s Alien Blackout has fallen out of the top 10 paid downloads after sliding down to ninth and tenth last week.

Not only one but two companies made the top 10 grossing in China that doesn't include Tencent and NetEase.

For free downloads, Chengdu Lanfei Huyu’s Eliminate The Virus debuted at second place, only stopped in its tracks by Tencent’s PUBG Mobile.

Hunting Frontline also placed first for paid downloads after making its first appearance on the charts at ninth last week.