Charts from February 11th to 17th 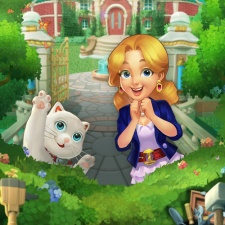 This week's charts cover the period from February 11th to 17th.

The latter game also hit third on the App Store rankings, marking a particularly lucrative week for a title that wasn't in the top 10 the week prior.

Moon Active held its grip on the charts once again this week, topping the App Store and Google Play download and top grossing rankings.

Faring slightly better in terms of placement in Great Britain and Ireland than in the US, Matchington Mansion was the seventh top grosser for the week.

There was a brand new entry to the top grossing chart in China this week with 37Games' Lord of the City taking fifth spot just behind Aniplex's Fate/Grand Order in fourth. The rest of the rankings as usual were dominated by Tencent with five games and NetEase with three.

Tencent's PUBG Mobile - still unable to monetise - was dethroned on the free downloads list as Chengdu Lanfei Huyu's Eliminate the Virus shot to the top.

Western companies represented include Voodoo with Crowd City, JoyPac (a company with Denmark and China offices) with Skip School and Outfit7 (owned by a Chinese company) with My Talking Tom 2.