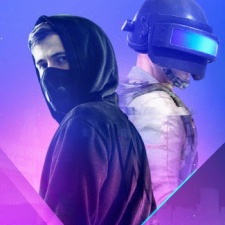 But the event also saw more detailed information revealed for the PUBG Mobile Club Open. The PMCO prize pool has been raised to $2.5 million across a Spring and Fall split, with over 35,000 teams from 10 regions signed up for the Spring split.

Online qualifiers end on March 30th, while the grand finals will be held in Germany in July.

Walker’s involvement saw an exclusive cosmetic release for PUBG Mobile based on the performer’s black hoodie-and-mask look. During the celebration, the artist played with a number of top PUBG Mobile influencers including Lisa Peachy, FaZe Adapt and Scotty Sire.

"We're setting 2019 up to be the year of PUBG Mobile," said Tencent general manager of global publishing department Vincent Wang.

"Our first-year anniversary party was an amazing event that brought together the influencers and musical talents of EDM superstar Alan Walker.

“We also announced our ambitious and exciting esports plan for the year, which will involve tens of thousands of teams and an astonishing $2.5 million in prize funds. It's a big step in our development of an Esports ecosystem for PUBG Mobile.”

Esports will be a hot topic of conversation and hold its very own track during Pocket Gamer Connects Seattle 2019 on May 13th to 14th.