Handling production in the West and Asia 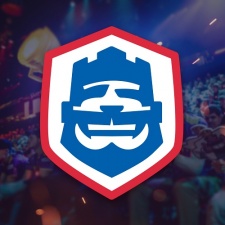 In the West and in Asia, excluding China, OGN will handle production on the full second season of the tournament, including the world finals. As part of the deal, OGN will also broadcast all competitive tournaments in both regions.

Contenders will be given the chance to take home winnings from a prize pool of at least $1 million, with competitors from around the globe expected to take part.

No official date has been given for the production, but with the Spring Clash Royale League beginning in May, it’s likely to fall near.

“OGN is the original innovator in esports, and the expertise they’ve developed over 18 years of producing gaming competitions and content will grow the Clash Royale League by creating a better experience for our community, whether they are competing or watching,” Supercell head of esports Tim Ebner told The Esports Observer.

“Thanks to this partnership, there will be more CRL content and a more consistent and unified viewing experience for our fans all over the world.”

We recently spoke to Clash Royale YouTuber Ash CWA on the ever-changing mobile esports scene and how the game has changed over time.