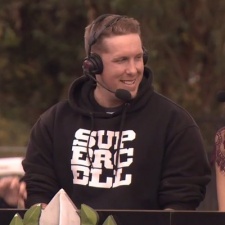 When it comes to games coverage on YouTube and Twitch, you will more often than not find console and PC titles given the spotlight.

Finnish developer Supercell has managed to break through this for mobile however, with multi-billion dollar hits Clash of Clans and Clash Royale in particular generating large followings.

One content creator that's closely followed Supercell and mobile is Ash CWA (real-name Tim Evans), who jumped on the Clash phenomenon back in 2014 and has been carving a niche out for himself ever since. Now five years on with a total of 184.5 million view across all videos (at the time of writing) and just over 700,000 subscribers, Ash has found a devoted audience that simply can’t get enough of the game.

By teaming with professional esports players, Ash discusses the ins and outs of Clash Royale, among other mobile titles.

Now a regular esports host for numerous mobile events worldwide and a well-known influencer in the mobile sector, we spoke with Ash about how he got his start in content creation and esports, alongside his relationship Supercell and how the competitive mobile gaming scene is ever-changing.

PocketGamer.biz: Can you tell us about your channel and what it entails?

Ash CWA: CWA Mobile Gaming is a community-based YouTube channel. I realised early on that I'm not the best player and had no shot of becoming a pro gamer, so I had to shift my focus. One niche that I thought wasn't being served in the mobile gaming community was having regular pro guests on voice chat daily.

I went on to take a keen interest in the business side of YouTube, as it's an industry that lacked an established roadmap.

Thus was born the ‘pro tips’ series on my YouTube channel. Now, five years later, I've had on hundreds if not thousands of pro guests, dissecting their gameplay and providing their best tips in an entertaining way.

How did you first get into creating mobile content?

I started covering Clash of Clans in 2014 on YouTube. The next year, I was invited to host workshops at ClashCon in Helsinki and Finland, as well as given the opportunity to tour Supercell's headquarters. Also, I was able to network with other YouTubers and develop a larger presence in the mobile content ecosystem.

I went on to take a keen interest in the business side of YouTube, as it's an industry that lacked an established roadmap.

This passion has led me to a job as influencer manager with Tencent's ‘Arena of Valor’ in the past. I've also had the opportunity to give co-presentations at Google's Playtime conference as well as at Coca-Cola Headquarters on the emergence of esports.

What mobile game do you think can break into the esports scene in the next 12 months?

I am very optimistic that mobile esports will continue to grow in 2019. The games I have my eye on that continue to make strides are Clash Royale, PUBG Mobile, Brawl Stars and Arena of Valor. Clash of Clans also has a one-million-dollar ESL partnership in 2019, so I'm excited to see how the community responds to that.

The first two things I look for in a mobile game when assessing esports viability is fairness and community. Is the game fair? Does the developer care about esports? Can the game overcome paywalls to create an even playing field for all players, regardless of money spent? Is the community asking for serious competitive leagues? Do they care? Is the player base and audience large enough to attract potential sponsors? Are established esports organisations interested in your game?

Clash Royale has spurred three organic esports organisations already - Nova Esports (CRL 2018 winners), Team Queso and Tribe Gaming. These are all questions I like to ask myself when considering the potential of a game's success in esports.

What is the biggest misconception companies have when making a competitive game?

The biggest misconception I've seen from companies when it comes to making competitive games is that they need to act immediately. I think having a strong base of casual and non-competitive players is paramount when transitioning into a more competitive focus.

Create a fun, interesting game and see how the community responds. I believe it's imperative to have a stable community established around a game before moving into competitive esports.

With Clash Royale such a large part of your channel, what do you think Supercell does well? What improvements do you think need to be made?

I love Clash Royale because of the community, first and foremost. There are hundreds of different content creators, spanning dozens of languages who make content for the game.

Moving into 2019, Clash Royale's biggest goal, in my opinion, should be keeping the game fresh for its long-time players via new features and interesting in-game content. In addition to that, I'm looking for Clash Royale to continue to break down the barrier between paid and non-paid players.

They've been working on transitioning away from money, providing players a competitive advantage by introducing emotes. Allowing players to get noticed competitively without spending money should continue to be a priority, in my opinion.

It’s been my opinion that pre-rolls or mid-rolls seems like the best value for both the creator and the developer's KPIs.

What is your relationship with Supercell? Does the company support you at all?

Supercell doesn't pay any of their creators, nor do they provide us with any in-game currency (gems). They do, however, give some creators the opportunity to give back to their audience, as they did recently with their third birthday celebration event. They allowed 10 to 15 creators to gift over 100,000 free emotes to their viewers simply by watching their streams and playing in tournaments.

In addition to this, they've contracted me to host or cast at dozens of their events in the past. I've been able to travel the world covering Clash Royale - from London to Helsinki to Japan for the CRL World Championship. I consider myself very lucky to have had these opportunities.

The relationships with developers and creators have changed a lot in the five years I've been doing this. The majority of developers end up spending marketing dollars for YouTubers and streamers to share their games with their audience. This is done mainly via stand-alone videos.

That said, it’s been my opinion that pre-rolls or mid-rolls seems like the best value for both the creator and the developer's KPIs.

Do you find that mobile games and esports are still succeeding on YouTube? How much have games like Fortnite affected Clash Royale’s popularity?

I don't see a huge correlation between huge PC/console game popularity and that of Clash Royale and other mobile games. I think it's myopic to think that people can only play one game.

Many of my viewers play a wide variety of games and mobile is different enough, in that you can play it on the go, that it's easy to continue playing long-term. Having a well-established community also helps that. Clash Royale's subreddit has nearly 300,000 users, for example.

Mobile games have been a huge area of focus for YouTube and Facebook, unlike Twitch. This has led many mobile gamers to shift away from Twitch and towards other platforms. YouTube, especially, has been a leader in developing tools for mobile developers and influencers to use to better appeal to their audience.

An example of this is loot drops, a beta feature that allows players to ‘claim’ in-game rewards simply by watching a stream at a given time. This was first tested successfully during the CRL World Finals in 2018, which boasted over 700,000 peak concurrent viewers.

What can developers do to help influencers cover their games on YouTube?

I feel that developers often make the mistake of assessing influencer partnerships based on downloads alone.

I think too often developers sign influencers to one-off content deals when in reality much more value can come from establishing longer-term contracts that truly leverage the influencer's audience in a sustainable way.

I feel that developers often make the mistake of assessing influencer partnerships based on downloads alone. Creating a positive, constructive eco-system for your player-base can often lead to much larger, long-term sustainability for a game.

To entice influencers to play their games, developers have a number of strategies at their disposal. Different strategies may work better for some games versus others. I don't think there is a one-size-fits-all approach for every game as it relates to influencer marketing.

These strategies can range from cash contracts such as one-off pre/mid-roll integrations, standalone videos, sponsored streams, etcetera. For some games with a more modest influencer marketing budget, it may be smarter to contract several smaller creators to play the game long-term.

A great non-paid option is offering in-game shares for video content (if supported). This is nice from an influencer's perspective as it publicises their content directly to the players who play the game. Reaching interested viewers in an extremely organic way is very appealing to creators.

There will be a track dedicated to esports and influencers at the Pocket Gamer Connects Seattle 2019 conference, which takes place on May 13th to 14th.