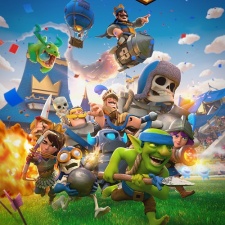 That leads us to our semi-regular Live and Kicking series, where this week we spoke to Supercell community manager Drew Haycock about the five-year anniversary of the multi-billion dollar success hit that is Clash Royale.

PocketGamer.biz: With Clash Royale now more than five-years-old, how do you reflect on its performance – from launch to the title it is now?

Drew Haycock: Clash Royale is one of those games that was bigger than we ever imagined at launch. It’s still one of our best performing games at Supercell and we see huge potential, with big plans for the next updates and beyond.

It’s still one of our best performing games at Supercell and we see huge potential, with big plans for the next updates and beyond.

It’s been great watching it grow and expand into the game it is today, but I guess for me one of the coolest aspects has been how big of an esports hit it’s been. I personally feel like there are a few games out today that are built specifically to be an esports title first, and can therefore fail if they don’t get a following.

For Clash Royale, we’ve been really fortunate that it came naturally from our community really getting behind the gameplay and developing a super competitive scene over the past five years.

As a company, we’ve invested time into a robust set of live ops tools to support all of our games, so this means that we can run live ops with a minimal team.

Player support is the backbone of any company. They do a very important job, even if it isn’t immediately apparent to the public (or even a company itself). We have always aimed to be the best in the industry with our customer support and we find that comes with using the latest technology available. In recent years we have implemented:

What steps have you taken to ensure that Clash Royale maintains a sizeable and active player base all this time after its launch?

Live ops is a huge part of this. Making sure that there is always something to do if you log in, from regular Special Challenges to one vs. one events, such as bonus resources on weekends etcetera.

To what do you attribute Clash Royale’s consistently impressive grossing performance, and how do you sustain it?

At its core, Clash Royale is just a really, really good game. The core gameplay is so solid that it can carry itself on that alone… to an extent. The old adage of ‘easy to learn, difficult to master’ is definitely true here. To sustain the game’s performance is something else, however, so we have taken an approach that includes constant live ops and player engagement.

It really is important to have something for a player to do whenever they log in to play. Whether this is through Clan Chat or donating cards, to taking part in Clan Wars or competing in Special Challenges that we make each month. We don’t just want a player to log in, flick through some screens and then just quit again. If it becomes more of a chore than a game, then that’s not a good thing.

Clash Royale has surpassed $3 billion in lifetime revenue (via Sensor Tower) and is one of the highest-grossing mobile games of all time, can you reflect on that figure?

I realise there are a lot of estimates about revenue flying around, however we don't get into specific numbers for individual games. Although it sounds super cheesy, making a great game at Supercell comes above everything else, and if that’s done correctly then it will more likely than not continue to be financially successful. So I don't have any reflections on that number.

To give a more interesting answer: obviously, the game has been really successful with players and that in itself is an achievement that puts a certain amount of pressure on the team to continue. It’s like releasing a hit music album and having to follow up with a banger of a sophomore release. Even if you make something else incredible, you’ve set the bar very high from the start.

How important is the Clash Royale community, and particularly influencers, to the game’s long-term success?

Although it sounds super cheesy, making a great game at Supercell comes above everything else, and if that’s done correctly then it will more likely than not continue to be financially successful.

Extremely important! You have these amazing people grinding away on their channels, doing wild things like 24-hour live streams (shout out to KFC Clash) and making all this extra content for players to enjoy when they aren’t playing your game. Alongside it being fantastic exposure for the game, these players all have their own communities which are all hardcore fans.

I think the proof of just how important content creators are to our game and Supercell overall can be shown by our Supercell Creators program, that we launched at the end of 2019. Here we provide dedicated support to those players who cover our games.

This is anything from having a place to chat with other creators, to financial support in the form of a Creator Code. Even when the game is in a rough spot, or people have perhaps stopped playing, they will still watch these content creators - and that is great.

Besides the trials and tribulations of developing from home, we have also made sure that our live ops calendar has been even more packed than usual. This includes non-stop events that make sure we don’t leave players with any gaps where they could be playing something new or challenging.

This was especially true at the start of the pandemic where lockdowns were more prevalent and more people than ever were turning to games. One change is running certain live ops events Monday through Thursday as well as the weekend, as players were playing more even during the week.

What would you consider Clash Royale biggest achievement since launch?

I would say that we are still hitting new achievements regularly, though I’d say that a recent one that isn’t really discussed much was our introduction of Pass Royale Seasons.

It allowed us to spend more time on updates while continuing to release fresh content for players in the form of new cards, cosmetics, and ways to progress. There’s a reason that battle passes are so popular in the industry nowadays.

What lessons have you learned/are you still learning from Clash Royale? Is there anything about the game that, in hindsight, you'd now handle differently?

We are still learning new things every day in Clash Royale. I think the biggest challenge more recently was the long development time behind Clan Wars 2. It was roughly nine months without a ‘true’ update and although we released new cards and seasonal content, it was a long time for players to wait for new gameplay content.

Finally, how has your experience with Clash Royale informed where you are/what you're working on now?

We've just launched a brand new Clash Royale League for 2021, with a different format from previous years where it is less exclusive and players can qualify for tournaments and real prize money. Specifically, there's a $1 million Clash Royale World Finals in 2021 plus eight monthly prize pools coming straight from the app.

I think Clash Royale possessing such a thriving esports scene, from both our official league to the hundreds of independent tournaments globally, has really helped me expand my work within the community. Our pro players are also some of our hardest working content creators out there.