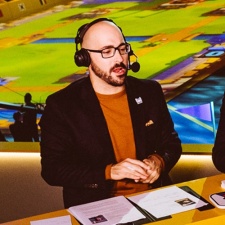 Other global seasons have already kicked off in Latin America (August 13th) and Mainland China (August 17th). Europe meanwhile will follow on August 1st and Asia on August 24th.

In total 44 teams around the world are competing in their own regional leagues for a spot at the World Finals, which will take place later this year.

Fans of the North American league can tune into the all-new Esports Royale YouTube Channel.

Just under 7,000 players from 113 countries made it to the next round. Following online matches between these players, esports teams - which include Cloud9, Immortals, Tribe Gaming and Counter Logic Gaming - were introduced to the top 60 players from each region.

From here, they could sign up these players to their teams (which also include pro players already snapped up).

Speaking to PocketGamer.biz, Clash Royale game designer Seth ‘The Rum Ham’ Allison said that the team is committed to the esports scene and will be for a “long period of time”.

“Supercell designs games to be about not just for months or years, but really decades,” says Allison.

“Games like Clash of Clans, which just celebrated its sixth anniversary and is really showing no signs of stopping; we don't see why Clash Royale can't be in that same category.

“Clash Royale is really only in its third year, less than have the age of Clash of Clans, so we expect this game to be around and healthy with a very robust esports scene for years on end.

“I think that the bedrock of that is, of course, the partnership with these great esports organisations, because they can invest in the players, in the development, the content creation and all the other great aspects of the community that make up esports.

“It's more than just the game, it's the fans, the players and the engagement between those parties.”

The esports aspect of Clash Royale is having an effect on how the game is designed. Allison says that keeping the game in a balanced stated is obviously a high priority for the team, but there are a few things it is doing to achieve that aim.

One of those is a recent move to monthly balance changes that occur on a regular schedule on the first Monday of each month, as opposed to what was previously an irregular series of updates.

“This allows us to be a lot more responsive to the player base to address cards and make sure all strategies are as viable as possible,” explains Allison.

“We're able to take cards that maybe are a little less popular and get them up to the same standard as the other win conditions in the game and we're seeing a very positive reaction in the community to that.”

Keeping that balance is a challenge, though. New strategies can crop up that then need new counters, while some cards can become less popular and others moreso.

Allison explains though that just because cards are popular or unpopular doesn’t necessarily mean they need reworking - as long as those cards support solid win rates for the players that use them.

“Not every card has to be equally used,” he says. “It's a moving target, multiplayer games are very dynamic and players are always adjusting their strategies.”