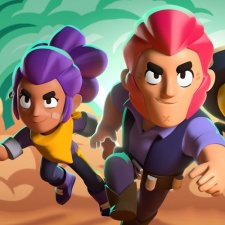 The mobile intelligence firms claims that South Korean users now represent 21 per cent of all player spending, making it the game’s biggest market. Since launch, the title has been a top five grosser in the country.

The US quickly follows with 20 per cent of spending, while Japan makes up 9.7 per cent.

To date, Brawl Stars has generated an estimated $230m in sales in the five months since its release. That’s up $30m from Sensor Tower’s last sales update on April 16th, which suggests a slowdown in revenue from the $50m it had been making a month on average up to that point.

Brawl Stars has proven one of Supercell’s bigger hits in South Korea in terms of global revenue share. Another of its titles,

Clash of Clans, has grossed more than $372m in the country since 2012, amounting to 5.7 per cent of worldwide earnings. Clash Royale meanwhile has taken $122m, or 4.8 per cent of total global revenue.

Brawl Stars is currently available for pre-registration in China, where it’s set to be published by Supercell owner Tencent. We recently took a look at whether the title is primed for success in the lucrative market.