Game not expected to launch in 2019 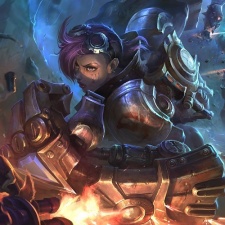 Tencent and Riot Games are working together to develop a mobile version of League of Legends.

As reported by Reuters, three sources have confirmed that Tencent and Riot are working together on the project. The duo has had a long-strained relationship, with Tencent initially proposing a mobile version of the game some years prior.

Tensions grew between the two firms after Tencent released Honour of Kings and brought it to international audiences under the Arena of Valor name.

More than a year in development

Development surrounding League of Legends for mobile has been in development for more than a year, according to one source. However, another confirmed that players shouldn’t expect a launch in 2019.

Though Riot has ultimately the final say, it’s worth noting that Tencent owns the company, initially investing in it in 2011 before snapping up 93 per cent of the firm in 2015.

Tencent has continued to expand with the company most recently acquiring Malmo developer Sharkmob.

Meanwhile, Riot is also working on a brand new project in addition to dealing with its own toxic working culture.