Game has been in soft-launch since February 2018 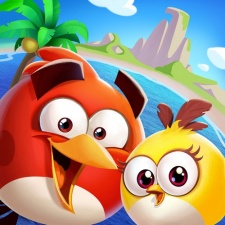 Rovio is focusing on the Chinese market for its upcoming mobile game Angry Birds Dream Island.

Speaking to PocketGamer.Biz, a Rovio spokesperson confirmed that the new puzzle title is currently only being developed for China after identifying “a particularly strong appeal for the game there”.

In February 2018, the title, originally called Angry Birds Island, was soft-launched in Canada, Finland and the UK. However the game has now been pulled from these markets and Rovio has decided against publishing it in the West at this time.

Angry Birds Island sees Bird Island taken over by the evil pigs, with players left to rebuild the area in the style of their choice. Users must pop balloons to chain combos and earn stars to help reconstruct the perfect habitat for the Hatchlings.

The game has no official release date.

Rovio has been hard at work on several new games, as the studio recently partnered with augmented reality firm Zappar on another new mobile title, Angry Birds Explore.