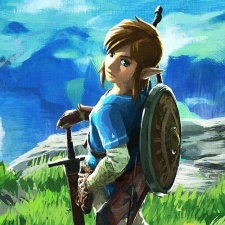 The Legend of Zelda: Breath of the Wild’s sequel has been influenced by Rockstar Games’ Red Dead Redemption 2, according to series producer Eiji Aonuma.

Speaking to IGN, in response to what games the younger staff are playing and which titles in particular have inspired the team for the new Zelda sequel, Aonuma said: “Something I did hear that a lot of people were playing was Red Dead Redemption 2."

Red Dead Redemption 2 is a western open-world action-adventure that takes place 12 years before the first entry in the series. The story follows outlaw Arthur Morgan and shows the decline of the Wild West in the backdrop.

Breath of the Wild director Hidemaro Fujibayashi was inspired by games such as Skyrim during the development process of the original.

A sequel to Breath of the Wild was revealed at the climax to Nintendo’s E3 direct, showing Link and Zelda underneath Hyrule Castle with what seemed to show a deceased Ganon being resurrected.

The original outing went on to become the highest-selling title in the franchise, with 12.77 million copies sold on the Switch alone, so it’s no surprise that Nintendo want to utilise the same world once more.