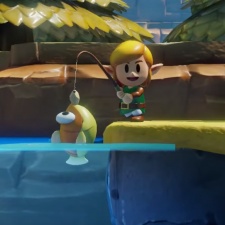 Nintendo's E3 Direct for 2019 was filled with a raft of game reveals and release date announcements for Nintendo Switch.

Animal Crossing: New Horizons for the Switch has been delayed to March 20th 2020. The game had been slated for a 2019 release, but Nintendo said it had pushed that back to “ensure that the game is the best it can be”.

One big title is still launching this year though: The Legend of Zelda: Link’s Awakening. The remake of the classic Game Boy title is heading for Nintendo’s console on September 20th 2019.

In other Zelda-related news, a Breath of the Wild sequel was also announced as in development for the Switch, though no release date was given.

Nintendo dedicated a couple slots of the Direct to Super Smash Bros. Ultimate, with the reveal of Hero from Dragon Quest XI entering the game as a playable character. The big news here though was the return of Banjo-Kazooie to a Nintendo platform.

The popular Rare characters made their start on the N64, and are now back as playable characters in Smash Bros. thanks to a collaboration with Microsoft.

Where are the mobile games?

Surprisingly, there was no news on Nintendo’s mobile games.

With Mario Kart Tour in beta and the upcoming launch of Dr. Mario World, it was a shame not to see the titles given even a passing mention. No new updates were given to existing mobile titles either.

There were many more Nintendo Switch first-party and third-party game announcements and details revealed during the Direct, however.

You can view a full list of those games, ordered by release date, below, to get a better understanding of what the Nintendo Switch’s upcoming release slate looks like.

The Legend of Zelda: Breath of the Wild - No release date