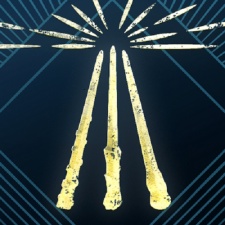 After making its magical debut last week, Niantic’s Harry Potter: Wizards Unite dropped a couple of places on Google Play for downloads but jumped up by one place on the App Store.

Wizards Unite failed to break into the top 10 for grossing yet again -  even with a full week of being live under its belt this time around. Pokemon Go continued its climb in the chart moving from ninth to eight on iOS and sixth to fifth on Android.

Voodoo’s Aquapark.io remained at first across both stores in terms of installs for the US, with Good Job’s Fun Race 3D coming the closest to knocking the title off its perch on Android.

505 Games’ Human: Fall Flat was the only real note for paid games, making it to second spot on Google Play.

Similar movement for Mr. Potter in Britain and Ireland with Wizards Unite moving to second for iOS but falling to fourth for Android.

Again the game was not able to penetrate the top 10 grossers either, yet Pokemon Go replicated its comeback in the US by moving to seventh on iOS and third on Android respectively.

Paid charts witnessed Guo He Games’ Girl Warrior Unite charge the charts to become runner-up for the week, only beaten by Think Games’ Call Me Archmage.

No new games managed to stir up the top 10 grossing titles, as Tencent’s Honor of Kings and Game for Peace continued to hold on to first and second for another week.