Half a million dollars generated from player spending 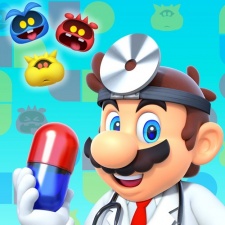 Nintendo’s Dr. Mario World has surpassed five million downloads in its first seven days of launch, according to Sensor Tower.

The puzzle title had already been downloaded over two million times in its first 72 hours of release but has now gone on to more than double that figure in its first week.

Compared to Nintendo’s other five mobile titles, Dr. Mario ranks at fourth for first-week downloads, beating out Dragalia Lost which generated 860,000 installs. It’s worth noting however that game was only available in five markets on arrival.

Revenue wise the title generated $500,000 in revenue, meaning it was outpaced by all other Nintendo releases on mobile

Putting it next to other puzzle games on the market however shows the game in a better light. King’s Candy Crush Friends Saga brought in $170,000 and Peak Games’ Toon Blast made $90,000 in their launch weeks.