Less than $14 million in revenue in two years 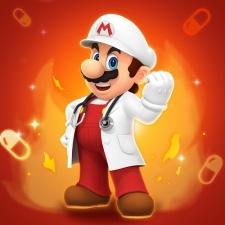 Dr. Mario World has been confirmed as the worst-performing mobile game in terms of revenue from Nintendo since the company entered the market in 2016.

That's according to data provided by Sensor Tower, which revealed that Dr. Mario World has earned $13.9 million from global player spending in just over two years. The match-three puzzler is now set to shut down for good in November.

This was a big difference from Nintendo's best-performing title in Fire Emblem Heroes at $891.5 million. Animal Crossing: Pocket Camp then secured second spot at $242.1 million, followed by Mario Kart Tour at $222.3 million. The latter of which launched two months after Dr. Mario World in September 2019.

Though downloads for Dragalia Lost are three times fewer than Dr. Mario World, it has managed to find itself a dedicated player base that has spent almost $160 million.

The biggest surprise here is that even Nintendo's only premium title, Super Mario Run, has earned more revenue at just under $84 million. Collectively, mobile games from Nintendo have earned approximately just over $1.6 billion, with a billion of that number generated by January 2020.

Downloads for Dr. Mario World totalled 13 million, however, five million of that number originated from the first seven days of the game being live.

We previously wrote about what happened to Dr. Mario World and why the game failed to find an audience so early on.

The only confirmed mobile game in the works from Nintendo at the minute is a new Pikmin AR project. Pokémon GO developer Niantic is handling development, with a soft launch in the Philippines taking place earlier this year.