“We talk all the time” 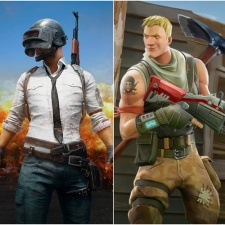 PUBG Corp has commented on its relationship with Epic Games, saying the Fortnite developer is “one of our best partners”.

As reported by PCGamesN, PUBG Corp studio director Brian Corrigan made the statement even though the two companies are competing for the same player base.

The PUBG director also mentioned that the studio is not trying to take “the blueprint” for seasons that Epic has established and trying to build off of it. Instead, he believes that if certain elements work for them then the firm runs with it but ultimately they want a “unique” experience.

PlayerUnknown’s Battlegrounds was the first battle-royale experience to put the genre in the spotlight in March 2017 before Epic’s Fortnite became the most popular of the bunch when it launched four months later.

“When [PUBG] first came out – years ago now, I guess – the idea was to just sell a copy of the game, and it’s going to be great, and that’s that,” said Corrigan.

“A lot of the season stuff has been our internal thinking evolving over time. People have this idea that there’s some animosity or something with Epic, but they’re one of our best partners, we talk to them all the time!”