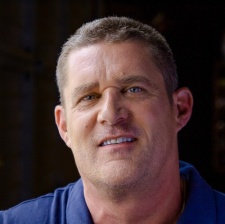 Striking Distance is located in San Ramon, California and will be working on an “original narrative experience” set within the PUBG Universe, which PUBG Corp will then publish.

Prior to Sledgehammer Games, Schofield acted as vice president and general manager at Visceral Games, where he worked on the critically acclaimed Dead Space series.

Utilising his 28 years in the games industry, Schofield will take the role of CEO at Striking Distance.

“Throughout my career, I’ve had a lot of opportunities to make some remarkable games that tell incredible stories, and each of them has meant something special to me,” said Schofield in a statement.

“But now, those learnings will help me build a triple-A team that can explore new designs and concepts at Striking Distance. As a creative, the freedom to explore the PUBG universe has me excited about the possibilities, which I view as beyond the battle royale genre

“Today represents a special moment for me and I’m so thankful to be taking this journey with the team at PUBG Corporation.”

PUBG Mobile has had a bit of resurgence as of late, with the hit battle royale game racking up more than 50 million daily active users outside of China.