Amid rumours of company going public 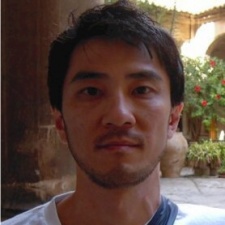 That's according to Korean news outlet Pulse, which reports that the change was announced to staff by chairman Chang Byung-gyu on Thursday last week. Kim Chang-han replaces Kim Hyo-sub, who has resigned from the role.

There are also rumours that Krafton Game Union will be going public in the new future. The company has already seen some big investment from the likes of Chinese tech and entertainment giant Tencent.

Krafton Game Union was created by Bluehole in 2018 as a parent brand to its games brands which included PUBG Corp.

Bluehole saw huge success off the back of Playerunknown's Battlegrounds. Earlier this month, PUBG Mobile brought in a colourblind mode. In January, the game genereated $176.3 million in revenue. Furthermore, it hit the $1.5 billion milestone in December 2019.

This story was originally posted on PCGamesInsider.biz.