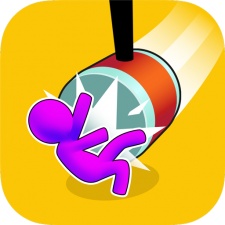 Good Job Games’ Fun Race 3D was the most downloaded hyper-casual game in the month of July, according to Sensor Tower data.

The parkour racing title topped the list with close to 55 million installs from the previous month. India represented the biggest number of downloads at 13 per cent before Brazil claimed second at 9 per cent.

Voodoo’s Aquapark.io slid into second spot for worldwide downloads in the genre, surpassing more than 43 million installs. The US accounted for the biggest portion of that number at 16 per cent, while Brazil once again settled for second with eight per cent.

Picker 3D, Battle Disc, Touch the Wall and Drift Race 3D all failed to make it onto the top 10 overall for July yet managed to crack the top 10 for iOS alone. In comparison, only Crowd City on Android didn’t do enough to grab a space on the overall list.

It’s worth noting that pre-installed apps are excluded from this data. The full rankings of the top 10 downloads can be seen below:

Hyper-casual is an increasing popular sector that developers and publishers are trying to crack. We recently spoke to New Zealand hyper-casual start-up JaffaJam about how the firm wants to shake up the sector.

You can find out more about the hyper-casual scene at Pocket Gamer Connects Helsinki on October 1st and 2nd.