Yet another developer picks up a licence from Games Workshop 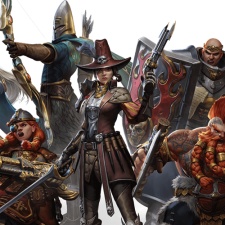 Games Workshop has licensed out its Warhammer IP to Virtual Realms for a free-to-play mobile MMORPG based on the Warhammer Old World.

Called Warhammer: Odyssey, the game sees players join a mercenary company to fight back the forces of the evil under the influence of Morrslieb the Chaos Moon. The title will feature three playable races and six character classes.

Virtual Realms was founded in 2016 and is based in Bangkok, Thailand. The team focuses on the development of MMORPGs, with Warhammer Odyssey marking the start-up's debut title.

Games Workshop recently reported its financials for the year ending June 2nd 2019. Royalty income increased by $2 million year-on-year to $14m. PC and console games accounted for 87 per cent of that figure, while mobile made up seven per cent and “other” scooped up six per cent.