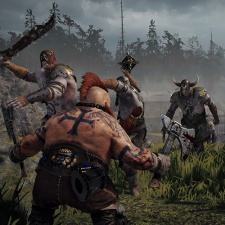 PC and console games accounted for 87 per cent of that figure, while mobile made up seven per cent and “other” scooped up six per cent.

The company has signed numerous partnerships over the years including for the likes of Creative Assembly’s Total War: Warhammer 2 and for Fatshark’s Warhammer: Vermintide 2, to name just a couple of games using its licences.

These two titles were given special mention for their strong performances in Games Workshop’s financial report.

“You can once again see from these results that our business and the Warhammer Hobby are in good shape. The board and I continue to believe that the prospects for the business are good.”