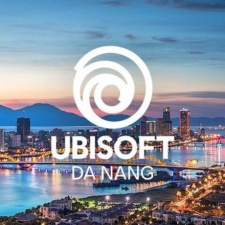 Ubisoft has opened a new studio in Vietnam that will focus on expanding the French publishing giant's mobile games presence.

Located in Da Nang, this new developer will be working alongside Ubisoft’s other mobile workforce currently present in China and India. The company is looking to recruit more than 100 employees over the next three years to fulfil the studio’s ambition while looking to utilise the developers own IP.

The team will be focusing on developing “instant games” designed for several social media platforms. Ubisoft has already contacted local institutions and universities in the region to better integrate into the sector, meaning it will likely have a steady stream of graduates with the skills that Ubisoft requires.

The studio is being headed up by Aurélien Palasse who joined Ubisoft's China outfit in 2011 as director of business and marketing in Shanghai before being promoted to head of publishing for the French giant's China operation.

“We are excited to expand Ubisoft’s mobile studio network across the globe to support the Group’s mobile business and its increasing production needs,” said Ubisoft Mobile executive director Jean-Michel Detoc.

“This opening will push forward Ubisoft’s expertise in mobile gaming and allow us to pursue our growth in this segment.”

Palasse added: “Da Nang is a vibrant city which offers great quality of life and promising opportunities thanks to its fast-growing tech ecosystem.

“With this opening, Ubisoft will benefit from the local expertise pool while welcoming international new talents in the region to enhance its creative strength and meet the increasing demand for mobile gaming.”

Ubisoft recently acquired a majority stake in free-to-play mobile games publisher Green Panda Games. For the last financial quarter, the French publisher reported a 24 per cent decline in mobile revenue citing a lack of new releases for the platform.