Mobile made up seven per cent of total net bookings 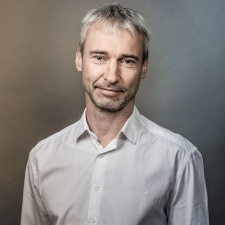 Ubisoft has pinned a 24 per cent fall in revenue year-on-year in Q1 2019 on the lack of new releases during the quarter.

In the publisher’s earnings call, as transcribed by Seeking Alpha, CFO Frédérick Duguet said the decline was largely due to the launch of Might & Magic: Elemental Guardians, with no similar releases in the last quarter.

The decline would suggest however that Ubisoft’s current portfolio has struggled to grow sales through live ops.

Despite the drop, mobile still maintained a seven per cent share of total net bookings for the publisher in Q1, which was stable from the same period the year prior. That proportion works at around $21,994,000 in mobile net bookings.

Assassin’s Creed Odyssey was said to have seen a “very sharp increase” in daily engagement and sell-through compared to Origins, while Rainbow Six Siege was also highlighted as a top performer.