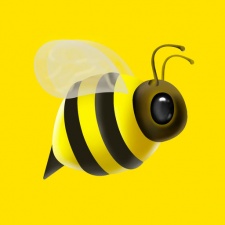 The purchase was completed on July 31st, 2019 with Ubisoft being offered the option to raise its ownership to 100 per cent in the next four years.

Founded in 2013, the Paris-based firm specialises in hyper-casual games and has launched more than 55 games which have been played by over 85 million players worldwide.

The most recognisable titles from Green Panda consist of Bee Factory, Terrarium and Sushi Bar.

“Bringing Green Panda Games into the group fits seamlessly with our aim of offering a diversified and high-quality line-up of mobile games to an ever-wider audience. We are very excited that this talented team is joining Ubisoft’s creative force.”

Green Panda Games founder Guillaume Sztejnberg added: “We are delighted to be coming on board with Ubisoft and are looking forward to continue developing our games portfolio within a group that is in the full throes of expansion.”

Find out more about hyper-casual games on the Game Changers Hyper-casual and Instant Messenger track at Pocket Gamer Connects Helsinki on October 1st and 2nd.

Ubisoft fights Vivendi's request for greater control by buying back $137.5 million in stock