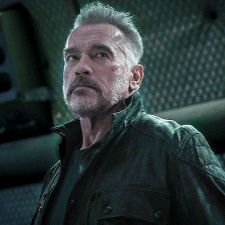 Skydance Media and Firefly Games have partnered for a new mobile game based on the upcoming Terminator: Dark Fate film.

As reported by GamesBeat, Terminator: Dark Fate The Game will see players taking command of a faction of Resistance fighters before forming alliances with other users to defend against attacks from machines controlled by Skynet.

The free-to-play massively multiplayer online strategy game, which looks to be inspired by 4X games such as Game of War, will be aimed at fans of the Terminator genre as well as the global mobile game audience. Several characters from the film will appear and guide the protagonist throughout.

Chinese developer Camel Games has co-developed the title with Firefly Games. The firm is best known for being the creator of War & Order.

“We will provide a lot of ongoing content for the game,” said Firefly Games CEO Michael Zhang.

“We started out two years ago after they reached out to us. We saw this as a great opportunity to work with Skydance.”

Terminator: Dark Fate is due to screen in UK cinemas from October 23rd, 2019 before rolling out to other major territories. The movie will see the return of Linda Hamilton and Arnold Schwarzenegger for the first time since the 1991 sequel.

The game will launch on iOS and Android simultaneously with the film’s release in the US on November 1st, 2019.