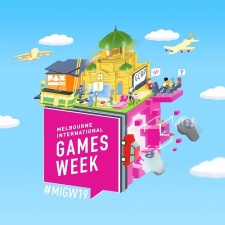 The state of Victoria, which includes the city of Melbourne, accounts for 50 per cent of Australia’s total games industry revenue.

This year marks the event’s 14th anniversary, with the main theme of “Lighting The Way” mentioned throughout his speech.

The digital games industry had a global spend of an estimated $138 billion in 2018, according to Invest Victoria.

The firm also states that over 150 studios reside in Melbourne with 53 per cent of digital companies located in the city too.

Call of Duty developer Sledgehammer Games recently announced that the firm would be expanding into the country, with its first Australian studio.

No details of what the new studio will be working on have been disclosed. The mobile version of the popular first-person shooter recently reached 35 million downloads, despite not being live in China or Belgium.

The event also coincides with Mental Health Week and World Mental Health Day on October 10th, 2019. To mark this, several sessions will be taking place across Melbourne International Games Week to help tackle the issue.