Monolith Soft has been ramping up since the year's start 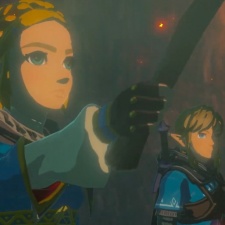 The Legend of Zelda: Breath of the Wild co-developer Monolith Soft has posted three new job listings as it bolsters up for the Nintendo Switch sequel.

According to the Japanese firm's website (via Google Translate), the studio is looking to hire programmers, designers, technical artists, and management support. Among this, there are a number of freelance positions currently listed, including a concept art designer, scenario planner, and character modeller.

Though not explicitly stated in the job postings, the studio was confirmed to be working on the follow up the popular 2017 Switch launch title alongside Nintendo.

Nintendo purchased a majority stake in Monolith back in 2007 and has worked with the company on several first-party Switch games outside of Breath of the Wild, such as Xenoblade Chronicles 2 and Splatoon 2.

A Breath of the Wild sequel was confirmed to be in development when an announcement trailer was debuted at the end of Nintendo's E3 Direct in June.

No further details have been given since the initial trailer, with several fans believing the game may release in 2020, as much of Nintendo's catalogue for the year has yet to be disclosed.

Earlier this year, Monolith Soft opened a second studio in Japan as a result of its profits increasing year-on-year. Meanwhile, the Nintendo Switch has continued to thrive and recently surpassed the Xbox One in sales.