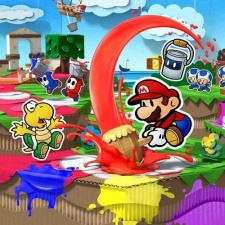 Two further Wii U games are expected to make their way to the Nintendo Switch system in 2020.

That's according to well-renowned Nintendo insider Emily Rogers, posting on ResetEra, who claimed that two currently unannounced titles that made their debut on the Wii U will be ported before the year's end.

Alongside this, Rogers believes that the first "three to four months" of 2020 will be completely focused on Animal Crossing: New Horizons. The desert getaway and home simulator will arrive on the console this March.

"I say this as someone who is optimistic about this year," Rogers wrote on ResetEra.

"My only concern about 2020 is that Nintendo might lean a little too hard on re-releases of older stuff as a crutch to fill out their calendar. Nintendo has already officially announced Tokyo Mirage Sessions #FE and [a] Xenoblade Chronicles one remaster/remake for this year.

"I can also confirm that Nintendo has (at least) two more unannounced Wii U ports. They are not difficult to guess because there aren't many Wii U games left to port."

Nintendo usually hosts a Direct in the early stages of the year to showcase many of its new titles that will release over the coming months. The last full Direct premiered on September 4th, 2019 with Luigi's Mansion 3 and Pokemon Sword and Shield being mostly spotlighted.

Recently Nintendo won an injunction against a Californian man who was accused of selling pirated games and modding the Switch unit for sale.