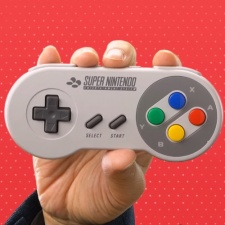 Nintendo had a host of upcoming game announcements during its Direct presentation as it sets its stall out for the coming months and year ahead.

One of the big reveals of the stream was the announcement that Nintendo Switch Online members will be getting 20 classic SNES games available for free as part of their subscription.

SNES games will be available to subscribers from September 5th. Further titles are expected to be added to the library in the future.

Elsewhere there was the surprise reveal of Deadly Premonition 2: A Blessing in Disguise, set to arrive on the Switch in 2020. The game is a follow-up to the cult-classic Deadly Premonition, which is also coming to the console shortly after the Direct.

A fresh trailer was also shown for what will be one of 2020’s biggest Switch game releases, Animal Crossing: New Horizons. The game is set to release on Switch on March 20th 2020, after it was delayed from its previous expected 2019 release window.

There were a host of other announcements during the Direct, including the free-to-play Super Kirby Clash, which is available now; Return of the Obra Dinn, heading to Switch in autumn; and Tokyo Mirage Sessions #FE Encore, heading to the platform on January 17th 2020.

Another interesting reveal was that Larian’s Divinity: Original Sin 2, coming to Switch shortly after the Direct presentation, will allow players to share cloud-saves between Steam and the console.

You can check out all the new and upcoming games included in the Nintendo Direct below.