Pokemon Home will launch in February 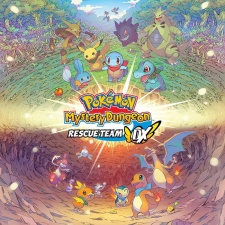 A Pokemon Direct has taken place today with a new Pokemon Mystery Dungeon game revealed for Switch, as well as an expansion pass for Pokemon Sword and Shield.

Unlike the traditional series, Mystery Dungeon is a spinoff that sees players being put in the body of a Pokemon before setting out to explore the world and rescue other Pokemon.

The second part of the Direct focused on a new Pokemon Sword and Shield expansion pass that will replace the traditional third game for which the series is known for.

The downloadable content will offer two packages which will feature new Pokemon, lands to explore and a storyline featuring a new legendary Pokemon.

A beach-like environment named The Isle of Armor is due to be the first to arrive in June before a snowy landscape adventure called The Crown Tundra makes its debut in Fall 2020.

Over 200 Pokemon previously not available in the games will become available, alongside Galarian forms of the original legendary birds: Articuno, Zapdos and Moltres. Each expansion pass will feature slightly different Pokemon, however trainers will be able to trade with one another and those that have not purchased the new add-on.

Pokemon Sword and Shield's Expansion Pass can be pre-purchased today for $29.99. Those that do will receive a Pikachu and Eevee outfit for their trainer in-game.

Pokemon Home, the upcoming cloud storage system, was also given a release date of February 2020. More details surrounding the system are expected to be announced soon.

Pokemon Sword and Shield launched in November 2019 and has already gone on to become a huge success financially, selling six million copies in its first week of release, making it Nintendo’s fastest-selling Switch game yet.