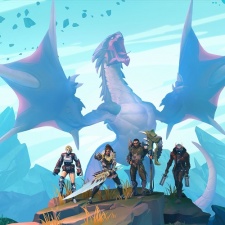 Though no details were revealed surrounding how much the company paid for the Dauntless game maker, sources close to the matter (via Straitstimes) state that S$203.7 million ($150 million) was exchanged to purchase 100 per cent of Phoenix Labs.

Founded in Vancouver in 2014, Phoenix Labs has a team of over 100 developers with offices in Vancouver, San Francisco, and Seattle.

Alongside further expansion into mobile, Phoenix Labs will continue building upon Switch and PC title Dauntless with further support from Garena.

"Our partners at Garena have been our most steadfast supporters since the early days of Phoenix Labs, and we are excited to join forces with a global games leader," said Phoenix Labs CEO and co-founder Jesse Houston.

"With this next step, we're able to ensure that we can provide the best possible experience for Dauntless players around the world. We're extremely excited about what the future holds for Phoenix Labs, as we continue to support our ever-growing Dauntless community and explore future games."

Sea founder and group chief executive Forrest Li added: "We couldn't be happier to welcome Phoenix Labs to the Garena family. Over the last few years, we have watched Phoenix Labs mature into one of the best development teams in the business and launch a hugely exciting title in Dauntless."

"We also know that they share our mission of making great games, creating the best teams, and putting players first. Our skills sets are highly complementary, and we see many exciting opportunities ahead that our teams can explore together."

Garena's battle royale game Free Fire has been a major success since launching in 2017, with the game surpassing $1 billion of lifetime revenue in November.