RPG from Final Fantasy creator will shut on June 30th, 2020 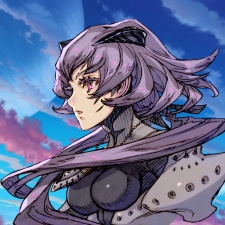 Japanese developer Mistwalker has confirmed that its RPG title Terra Battle will cease all operations on June 30th, 2020.

Launched in October 2014, Terra Battle was the product of Final Fantasy creator Hironobu Sakaguchi and went on to find a passionate fanbase.

As a result of the free-to-play title shutting down, in-game currency (Energy) will no longer be available from today, with data transfer being made possible for players from June 15th.

Mistwalker is currently working on a new title for Apple Arcade under the name of Fantasian, which will see the game take inspiration from the NES era.

"Not able to continue"

"We thank you very much for playing Terra Battle," read a statement from Mistwalker.

"Ever since we started Terra Battle, we have endeavoured to provide the best service experience for our users. However, we have determined that we would not be able to continue providing the necessary quality of service moving forward..."

"We truly appreciate everyone playing and supporting Terra Battle throughout the years, and are heartbroken to deliver this sudden news," added the developer's post.

Terra Battle, interestingly, found a niche audience for itself in France and Japan shortly after release.

The game's sequel Terra Battle 2 previously struggled to find itself an audience and was forced to shut down in June 2018, less than one year after launching.