Available to download in Indonesia, Malaysia, Thailand, Japan, and more 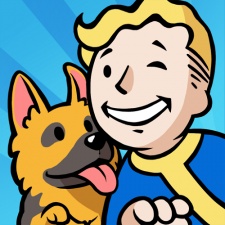 Update: Fallout Shelter Online is currently not planned to arrive in the West, a representative from ZeniMax Asia (parent company of Bethesda) confirmed to PocketGamer.biz.

"Right now we don't have any news in terms of this game's release in the West," stated the ZeniMax representative.

Additionally, it was confirmed that the English language trailer that helped fuel speculation that a Western launch was on the horizon was simply for "English speakers in Asian regions."

The new free-to-play mobile title sees players acting as the Overseer for their own vault, before being given the freedom to customs, construct and upgrade the locations via resources found in the Wasteland.

Alongside the vault management feature that the series is known for, players are also able to recruit famous heroes from the Fallout series, build adventure teams, and take on familiar foes.

Speculation that a Western port of the game was imminent began earlier this year after an English language version of Fallout Shelter Online was discovered. The game was originally developed by Shengqu Games and published in China in 2019.

The biggest difference between the first Fallout Shelter title and its sequel is the introduction of gacha-style mechanics. The system will be utilised via microtransactions, allowing vault dwellers to purchase stronger heroes to aid in battle.

Fallout Shelter Online is available to download on the App Store and Android across Indonesia, Malaysia, Thailand, Singapore, South Korea, Japan and the Philippines.

Bethesda was unable to comment on the soft-launch when reached out to by PocketGamer.biz.