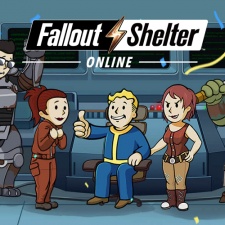 Bethesda's free-to-play simulator Fallout Shelter Online potentially might be making its way to the West.

As reported by MMO culture, the game is set to launch English, Korean, and Japanese languages in the future. Developed by Shengqu Games and launched by Gaea Mobile for China back in 2019, Fallout Shelter Online allows players to recruit characters from the franchise which will develop 'bonds' if combined well together.

Familiar faces from Fallout, including the likes of Nick Valentine from Fallout 4, can be obtained to help with tasks in the user's vaults.

The biggest difference between the original Fallout Shelter and its online counterpart is that the latter introduced a gacha-style hero collecting system.

Fallout Shelter will launch on iOS and Android devices, with players able to pre-register on Google Play in Indonesia, Malaysia, Philippines, Thailand, Singapore, South Korea and Japan. More information can be found via Bethesda's website.

No official release date has been given, but the Philippines App Store has the title down for a April 22nd, 2020 launch.

Bethesda confirmed that Fallout Shelter has accumulated $100 million in player spending on mobile since its launch in 2015.

Following this, we spoke to Bethesda Softworks director of mobile Craig Lafferty surrounding the four-year anniversary of its hit bunker simulator.