"Many decisions we made with The Elder Scrolls: Blades were based on our learnings from Fallout Shelter" 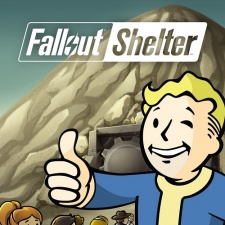 In this entry of our Live and Kicking series, we caught up with Bethesda Softworks director of mobile Craig Lafferty following the four-year anniversary of its hit bunker simulator Fallout Shelter.

PocketGamer.biz: With Fallout Shelter just passing its four-year anniversary, how do you reflect on its performance – from launch to the mature title it is now?

Craig Lafferty: When we launched the game at E3 in 2015 the initial reaction was just amazing, much bigger than we expected. The game is still going strong four years later with a very active user base on a daily basis and it’s still being featured on the various App stores.

When we launched the game at E3 in 2015 the initial reaction was just amazing, much bigger than we expected.

It’s awesome to see so many people still enjoying the game and see new people trying it for the first time years later.

How big is the team currently handling live ops at Bethesda?

The team is leaner than when we were aggressively adding new content to the game.

The team consists of several people across many departments that work on the game along with other projects to continue supporting special promotions and holidays along with updating the game to make sure it’s compatible with all the latest OS and hardware that is released.

Support and updates are key to maintaining a healthy live game and making sure the players are enjoying it on an ongoing basis.

Our approach has been to both add new content but also build ongoing content into the game, things like holiday themes and quests that give players something to come back to on a regular basis.

What steps have you taken to ensure that Fallout Shelter maintains a sizable and active player base all this time after its launch?

Providing updates to the game on a regular basis that offers new things to see and do, along with themed events that tie into real-world holidays, has been key to maintaining a large and active player base.

To what do you attribute Fallout Shelter’s consistently impressive grossing performance and how do you sustain it?

Combined with the regular updates and content mentioned, I think Fallout Shelter has some of the classic “easy to play but difficult to master” feel that makes it fun and engaging for new or inexperienced players, but also offers a lot of depth and mechanics to master and get better at over time.

Plus, the Fallout world and its sense of humour with Vault-Boy and Vault-Tec works so well for this style of game.

Many decisions we made with The Elder Scrolls: Blades were based on our learnings from Fallout Shelter.

We recently announced that we have passed 150 million players.

What lessons have you learned/are you still learning from Fallout Shelter? Is there anything about the game that, in hindsight, you’d now handle differently?

Fallout Shelter was our first mobile game so we learned a lot from its release and updates.

After seeing how much time players have spent optimising their vault and growing their dwellers, in hindsight we may have found additional ways to help manage 200 dwellers (the Vault’s maximum number) or modify the Vault layout.

Looking back at the initial release we also learned you can never underestimate how much players will play the game and how quickly they will play through the content we provide.

Finally, how has your experience with Fallout Shelter informed where you are/what you’re working on now, like The Elder Scrolls: Blades for instance?

Consistently updating Fallout Shelter and bringing it to other platforms has taught us a lot from both a game design perspective and the type of things players like to see in a game, how often they need new content, along with a lot of technical learnings on maintaining a live game across multiple platforms.

Many decisions we made with The Elder Scrolls: Blades were based on our learnings from Fallout Shelter.