Available in Malaysia, Indonesia, Thailand, and the Philippines on Android devices. 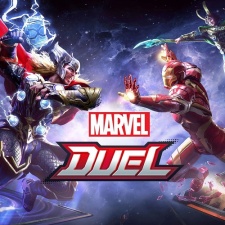 The narrative sees a mysterious evil force alter the historical events from Marvel's history. To restore the universe, players summon superheroes, such as Iron Man, Thor, Spider-Man, Loki, Gamora, and more to take on opponents.

NetEase claims that Marvel Duel features one of the largest rosters of Marvel characters in a mobile game ever, with more than 150 characters available for collection and upgrade.

This is the second title that NetEase has utilised from the Marvel license, following the soft launch of MOBA Marvel Super War.

Marvel Duel is available to download in Malaysia, Indonesia, Thailand, and the Philippines on Android devices. Players can also pre-register through the official website to obtain 10 General Expansion Packs.

No official launch date outside of these regions have been announced at this time.

PocketGamer.biz has reached out to NetEase for further details regarding the soft-launch.

NetEase will be looking to replicate the success achieved by Marvel Contest of Champions, which still managed to bring $3 million last Black Friday.

More recently, the Chinese tech giant formed a strategic partnership with Warner Bros Interactive Entertainment to develop The Lord of the Rings: Rise to War.