It remains unnamed for now 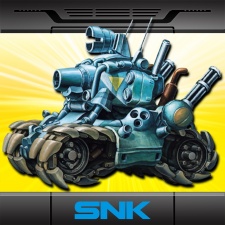 Tencent Games-owned developer TiMi Studios has teamed up with SNK Corporation to work on an unnamed Metal Slug mobile title.

Metal Slug is an old school arcade shoot'em up, and the companies will aim to offer the authentic experience offered by the retro game, but on the go for mobile players.

SNK is the publisher of the 1996 original run-and-gun classic. Over the years, the title made its way to a variety of consoles – Sega Saturn, Playstation and Neo Geo – and hit Nintendo Switch in 2017. A mobile version was released for iOS and Android devices in 2012.

There are many titles within the main series, as well as a couple of remakes and a number of spin-offs.

SNK is not the only partnership that Tencent has formed through TiMi Studios. In July 2019, the Chinese tech giant teamed up with The Pokemon Company for new games, one of which was revealed last week as Pokemon Unite, a strategic team-based battle title.