Will take the role of studio director effective immediately 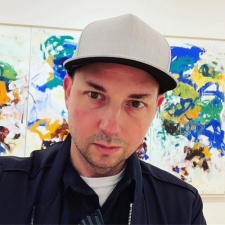 Update: Tencent has confirmed that Scott Warner will lead TiMi Studios as its new director and will be tasked with expanding and growing the North American studio.

"This is a tremendous opportunity to build something really special as TiMi has an exceptional pedigree and great ambition to create new games and new IP for global audiences," said Warner.

"We’ll be assembling a team that’s diverse, talented and aspirational enough to help TiMi achieve its goal as a truly global development team.

Founded in 2008, the Los Angeles-based studio has been expanding its team for quite some time, as it prepares to ramp up development on triple-A games. Most notably, TiMi partnered with The Pokemon Company in July last year to create and launch a game based off of the popular IP.

Prior to his two-years at Ubisoft, Warner was the design director at 343 Studios, before moving into a game director role at EA, and finally a design lead position at Oculus VR.

TiMi Studios is also known for working on the hugely successfully MOBA Honor of Kings, as well as the juggernaut that is Call of Duty: Mobile.

Several new job roles have been listed (via Daniel Ahmad) for the North American location, including TiMi Studios and Quantum Studio, the latter of which previously worked on PUBG Mobile.

I am moving on to a new role. I’ll be the studio director of a new AAA operation in North America for Tencent. We will be hiring for all disciplines at all levels so reach out to me for details.

We previously spoke with TiMi Studios' Vincent Gao and Leo Yao on bringing Call of Duty to the mobile platformer, joining forces with The Pokemon Company, and trends to expect in 2020.