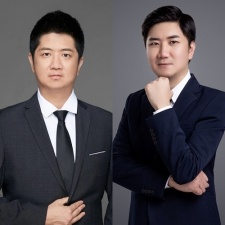 Located in the heart of Shenzhen, China, Tencent-owned TiMi Studios has been in full operation since 2008 and has quietly been proving itself as not only one of Tencent's greatest assets but one of the most successful studios in the region.

Originally focusing on the PC sector, TiMi made its debut with racer QQ Speed which has accumulated 700 million registered users since launch. 200 million more have originated off the back of its mobile port in 2017, and that's where the studio's efforts have been for the most part of the last decade.

After developing its first three games (We Match, We Run and WeRun) exclusively for Chinese social media and messaging service WeChat, the mobile platform became the priority. From here, the hugely successful Honor of Kings was born before the studio knocked it out the park with King of Chaos and Arena of Valor (the westernised version of Honor of Kings), amongst others.

Most recently, TiMi partnered with Activision for Call of Duty: Mobile, which has already become the fastest ever mobile game to reach 100 million downloads as well as financially having the strongest release quarter since Pokémon GO.

To find out how the studio has garnered such milestones, as well as what's on the horizon in 2020 – including a partnership with The Pokémon Company - we spoke with TiMi Studios international business director Vincent Gao and Call of Duty: Mobile game director Leo Yao.

PocketGamer.biz: Can you start off by telling us how 2019 was for TiMi Studios?

Vincent Gao: We're proud of what we accomplished last year, which from a strategic level was incredibly rewarding. TiMi has been working on making triple-A experiences on mobile for several years now. First with Honor of Kings, which continues to enjoy fantastic success domestically. It's enjoyed such great success that the King Pro League (KPL), our Chinese pro esports league for Honor of Kings, achieved its best year yet.

The cooperation between Tencent Games and top international gaming companies is very comprehensive, involving investment, development, publishing and much more.

Furthermore, the league is adding six dedicated home teams in major domestic cities. And most notably, we worked with Activision to release Call of Duty: Mobile for international audiences. We received a really positive reaction at launch and now we're working hard to keep passionate Call of Duty fans - new and old - excited about playing it into this year.

In terms of your company, what's the thing you're most proud of during 2019?

Vincent Gao: Well it's hard to just select one thing but one major accomplishment was seeing long-time Call of Duty players install Call of Duty: Mobile and sharing positive feedback that it not only looked like a CoD game but it played like one too. That was a major accomplishment for our TiMI Studio, which developed the game in partnership with Activision.

How did the partnership come about for TiMI to work on the Call of Duty license?

Leo Yao: Great question. The cooperation between Tencent Games and top international gaming companies is very comprehensive, involving investment, development, publishing and much more. We value the opportunity to learn from best-in-class brands and also use our advantage to help established IPs be more accessible while keeping a high-quality standard. As for Call of Duty: Mobile, it is not our first cooperation with Activision and won’t be the last.

Call of Duty: Mobile has earned a strong opening - how do you plan to continue to support the game and make sure its success continues?

Leo Yao: We're proud of our start yet it's still too early to call Call of Duty: Mobile a success. We know a game like Call of Duty: Mobile requires great effort to keep players engaged, so we work closely with Activision to build new content, new features and assure the game is balanced and fun. Keeping players engaged by delivering top-shelf content is a goal for 2020 and beyond.

Any new KPIs such as downloads, DAU or retention you're willing to share surrounding Call of Duty: Mobile?

Leo Yao: We don’t have specific data points to share but we were extremely proud of Call of Duty: Mobile, as proof you can offer triple-A experiences on mobile. We're on the right path and as a game as a service, we are just getting started. The positive reaction from the Call of Duty community and industry is motivating and challenging. Our work has really just begun.

Are you seeing much crossover between Call of Duty console/PC players and those on mobile?

Leo Yao: We've been pleased with the response from existing Call of Duty players with Call of Duty: Mobile. We're also proud of our efforts because we believe we're adding new members to the Call of Duty community. There's a lot of mobile players who don't play on anything else - either because they don't have access to consoles or gaming PCs or lack the time to invest in those platforms.

Is there anything you can tell us about the game you are developing with The Pokémon Company?

Vincent Gao: Not yet! But in general, I can talk about our belief that there's tremendous opportunity in partnering with game IP holders. We're hoping to share some more news this year about several popular game IPs we'll be working on and making games for all through 2022. These partnerships are so vital to our growth as a studio. When another company selects us to partner on their top gaming brands, we recognise and appreciate the opportunity offered.

TiMi wants to work with the best brands in gaming so when given the chance, we strive to deliver fun games that please the existing fanbase and welcome new players to the brand as well.

With so many Pokémon games available, how do you look to separate yourself from the market?

Vincent Gao: We'll share more with you when ready to talk about Pokémon. In general, one way TiMi Studios is trying to separate itself from the market is by capitalising on our multiple teams which offer different areas of expertise across a wide variety of genres. Our J3 studio for example, is working on Call of Duty: Mobile and previously developed some of the most popular mobile shooters in China.

So with any partner, Pokémon or otherwise, we will identify what genre of game we want to create and leverage an internal team with strong experience. Then, we can use our shared resources and knowledge from TiMi and Tencent to make sure it's a great game.

Is there any other games or projects you are working on that you can discuss?

Vincent Gao: Well, we're continuing to invest in Arena of Valor, which has so many passionate players competing and playing around the world. There's still some work to do supporting our core community for Arena of Valor in Europe and North America.

We're trying to spend more time connecting those player bases to our development studio which is actively working on the game for its global audience. This is important to us because it's an opportunity for us to start working with a community of gamers who have made a deep investment in one of our games and continues to support it.

Vincent Gao: The desire and expectations of a higher quality of mobile gamers will continue to grow. Triple-A experiences in mobile games is a trend we expect to continue. There are so many mobile game users across the globe now. The market size of mobile games is now bigger than that of PC and console combined, and has great potential to grow in 2020.

These mobile-first players want great, core games to play. The mobile devices are improving and game development technology on mobile is getting closer to that on console and PC. And while we know subscriptions like those offered by Apple and Google drew a lot of headlines in 2019, we still believe in the power of games as a service and that business model. TiMi has been building games like this over the years and we anticipate it will continue to be the driving force for mobile games in 2020.

What can we expect from TiMI Studios in 2020?

Vincent Gao: We've had great success as a Chinese studio making games for our domestic audience. We've learned a lot from Arena of Valor and are learning from Call of Duty: Mobile. Our goal is that 2020 is the first year we're truly seen as a global games development team.

We’re looking to expand further in the West to help us make games that resonate with global audiences. That means we'll also work to share news about new partnerships, improvements to both Arena of Valor and Call of Duty: Mobile and continue making dynamic, AAA experiences for mobile players. We're also actively hiring for a US office, including game developers and designers.